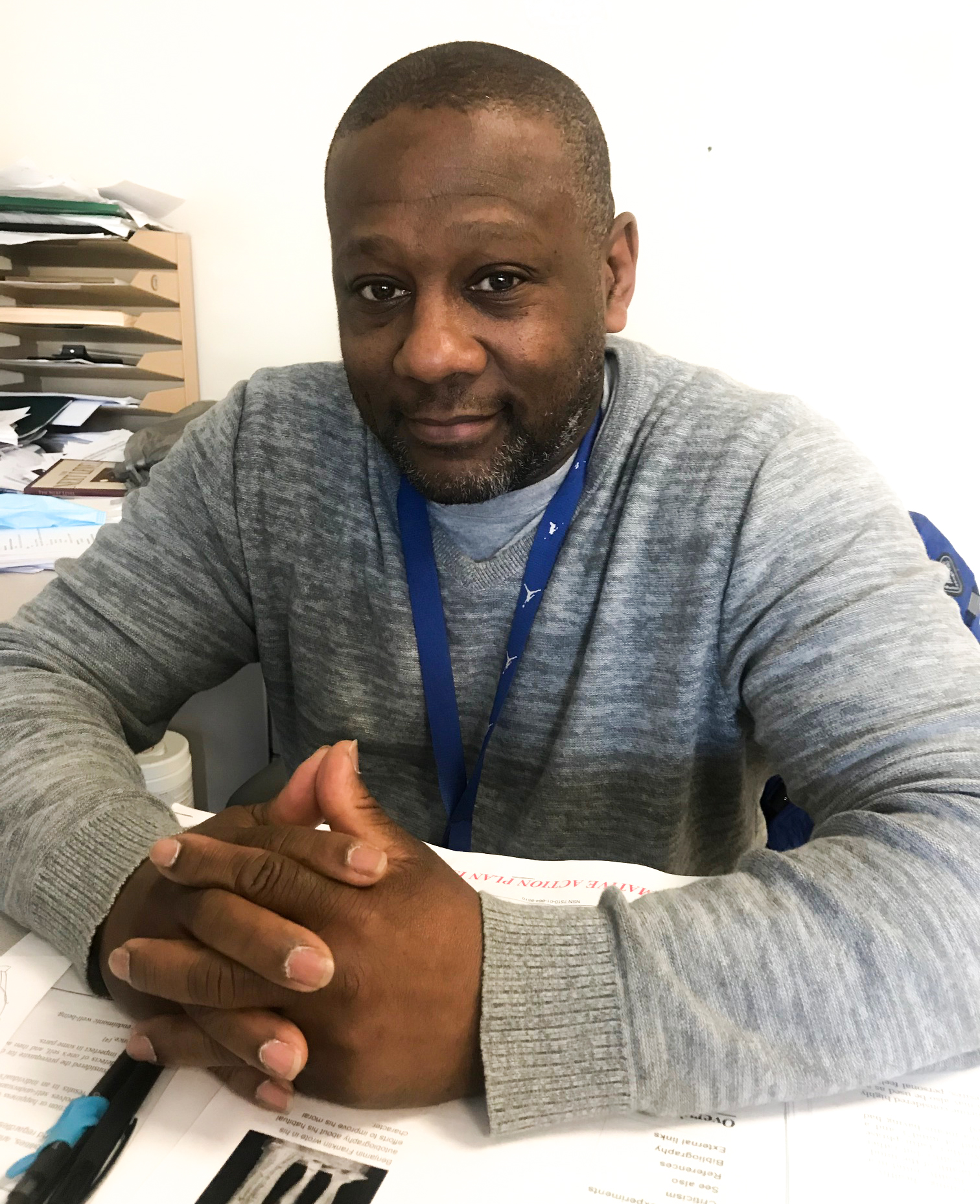 Troy M. Council III, ‘07, was nearly forty years old when he made the decision to go back to school and pursue a college degree.

“I had been out of school since the eighties,” Troy recalls. “I had to [either] catch up or quit. I didn’t want to quit.”

But catching up, he says, was a difficult challenge, to say the least.

“Early on, I sat in the back and didn’t ask questions,” he says. “When we took exams, I was one of the first people to finish and [leave]. [I was] failing. [Eventually], I watched the people that got high scores and I saw they were the ones who sat up front and asked questions. I realized asking questions was the answer. There is nothing wrong with not knowing.”

Working full-time, Troy says he didn’t have too much time to be involved on campus during his time at SUNY CCC, however it was the time spent amongst his professors that really made the difference. In fact, he credits his then-professor Ned Strauser, for helping him realize it was time to get on the right path and focus on his studies.

At the time, Troy says his grades were struggling in Strauser’s Alcohol in American Society class. “He said I can’t just show up and expect to excel; that I needed to take responsibility and do the work to the best of my ability,” Troy says. “He shared that I should have higher expectations [for] myself.”

Now, Troy says, he takes that lesson with him every day, in hopes of applying it to every aspect of his life.

“I’d tell incoming students to have an open mind,” he says, when asked what he feels he learned from his SUNY CCC experience. “Take advantage of this opportunity--one that many people don’t get--and become the best that you can be.”

Since graduating, Troy has put his Associates Degree in Human Services to good use. He went on to earn his Bachelors Degree in Social Work from Keuka College. Now, with experience working for organizations such as Catholic Charities, Glove House and the Community Dispute Resolution Center, Troy has  worked at the Bath VAMC since 2011. As an Addiction Therapist, he says he loves helping people, especially as a Veteran himself.

In addition, Troy is the co-founder of Program of PEACE, a non-profit that mentors at-risk individuals re-entering the community from incarceration. That being said, it’s no wonder he was recently asked to speak at SUNY CCC, through the Diversity Center’s Talk Series regarding juvenile incarceration and recidivism.

“There are so many youth that are being misled,” Troy says. “I was one of those kids who grew up thinking that being incarcerated made you cool; that selling drugs and doing drugs, while destroying my life and the lives of others, was the thing to do. I had to learn just how dehumanizing and time consuming incarceration is.”

That’s why he says he felt so strongly about changing that narrative for students, if possible.

“I was honored,” Troy says about being asked to speak. “I want these youth to realize just how cool it is to learn things, to develop new skills and to experience accomplishing [their] goals.”

As for his future plans, Troy says he hopes to one day open a recreation facility--one that will give people a place to go and a community to lean on.

“I plan on putting a boxing ring in one room and a classroom in the other,” he says. “There will be food and clothes for [anyone] that is in need.”

He also plans on attaining his Masters degree, while continuing to do the work he’s passionate about.

“When I accomplish these things,” he says, “I’ll be the best husband, father, son, brother and friend that I can be.”