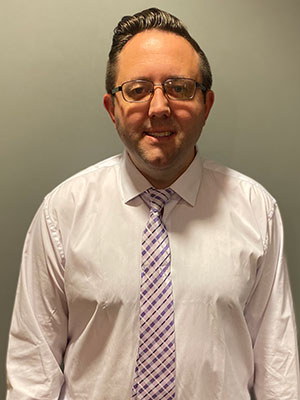 SUNY Corning Community College’s Red Barons have officially named Jonathan Wylie, of Horseheads, N.Y. as their inaugural eSports coach. SUNY CCC recently announced the addition of eSsports to the athletic line-up for the Fall 2020. Wylie is a 2004 graduate of SUNY CCC and holds a bachelor's from Mansfield University, earning degrees in Liberal Arts and Psychology. He used his degree as a therapist before changing career paths to work for the Habitat for Humanity for 10 years. Wylie is now the owner and store manager of checkpoint gaming lounge located in the Arnot Mall in Horseheads, N.Y.

“I grew up in this area, worked in this area, opened up a video game lounge locally and now am very excited to be the new eSports Coach for SUNY Corning Community College,” said Wylie. “I am an alumnus of SUNY CCC, and when I found out that they were looking to start an eSports team I knew I wanted to be the coach. Thank you for this opportunity, and I cannot wait to get started!”

“Jon certainly has a passion for eSports and gaming along with strong local ties and relationships built in the community,” said Isaac Bushey, SUNY CCC’s Athletic Director. “His experience building and growing businesses was most impressive. It will help guide the Red Barons through the beginning stages and beyond as we take this eSports journey. As a department, we welcome Mr. Wylie with open arms, and are excited to see the direction he takes this program.”