Join our virtual book club for SUNY Corning Community College alumni, faculty, staff and friends! You will be able to connect with each other while enjoying books ranging on a wide variety of topics.

Our meetings will be held via Google Meet in order to provide everyone with an enjoyable and safe way to discuss our selected book. Upon filling out the Book Club Membership Form, you will be sent a welcome email containing invitation links to the upcoming meetings. Our next meeting date is:

There is no cost to join, and you may participate as much or as little as you wish — you just have to get a copy of the book to enjoy! 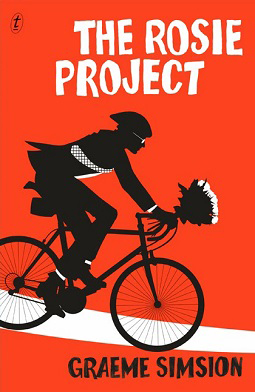 The art of love is never a science: Meet Don Tillman, a brilliant yet socially inept professor of genetics, who’s decided it’s time he found a wife. In the orderly, evidence-based manner with which Don approaches all things, he designs the Wife Project to find his perfect partner: a sixteen-page, scientifically valid survey to filter out the drinkers, the smokers, the late arrivers.

Rosie Jarman possesses all these qualities. Don easily disqualifies her as a candidate for The Wife Project (even if she is “quite intelligent for a barmaid”). But Don is intrigued by Rosie’s own quest to identify her biological father. When an unlikely relationship develops as they collaborate on The Father Project, Don is forced to confront the spontaneous whirlwind that is Rosie―and the realization that, despite your best scientific efforts, you don’t find love, it finds you.

Arrestingly endearing and entirely unconventional, Graeme Simsion’s distinctive debut “navigates the choppy waters of adult relationships, both romantic and platonic, with a fresh take” (USA Today). “Filled with humor and plenty of heart, The Rosie Project is a delightful reminder that all of us, no matter how we’re wired, just want to fit in” (Chicago Tribune). 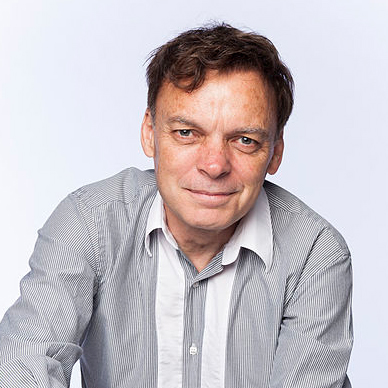 Graeme C. Simsion is an Australian author, screenwriter, playwright and data modeller. Prior to becoming an author, Simsion was an information systems consultant, co-authoring the book Data Modelling Essentials, and worked in wine distribution.

In 2012, Simsion won the Victorian Premier's Unpublished Manuscript Award for his book The Rosie Project. The novel was published by Text Publishing to critical acclaim in Australia in January 2014. It has since sold more than three and a half million copies in more than forty countries around the world.

Simsion initially wrote The Rosie Project as a screenplay, which has since been optioned to Sony Pictures Entertainment.

A sequel, The Rosie Effect, was published in September 2014.

The third and final book, The Rosie Result, was published in February 2019. (Wikipedia)